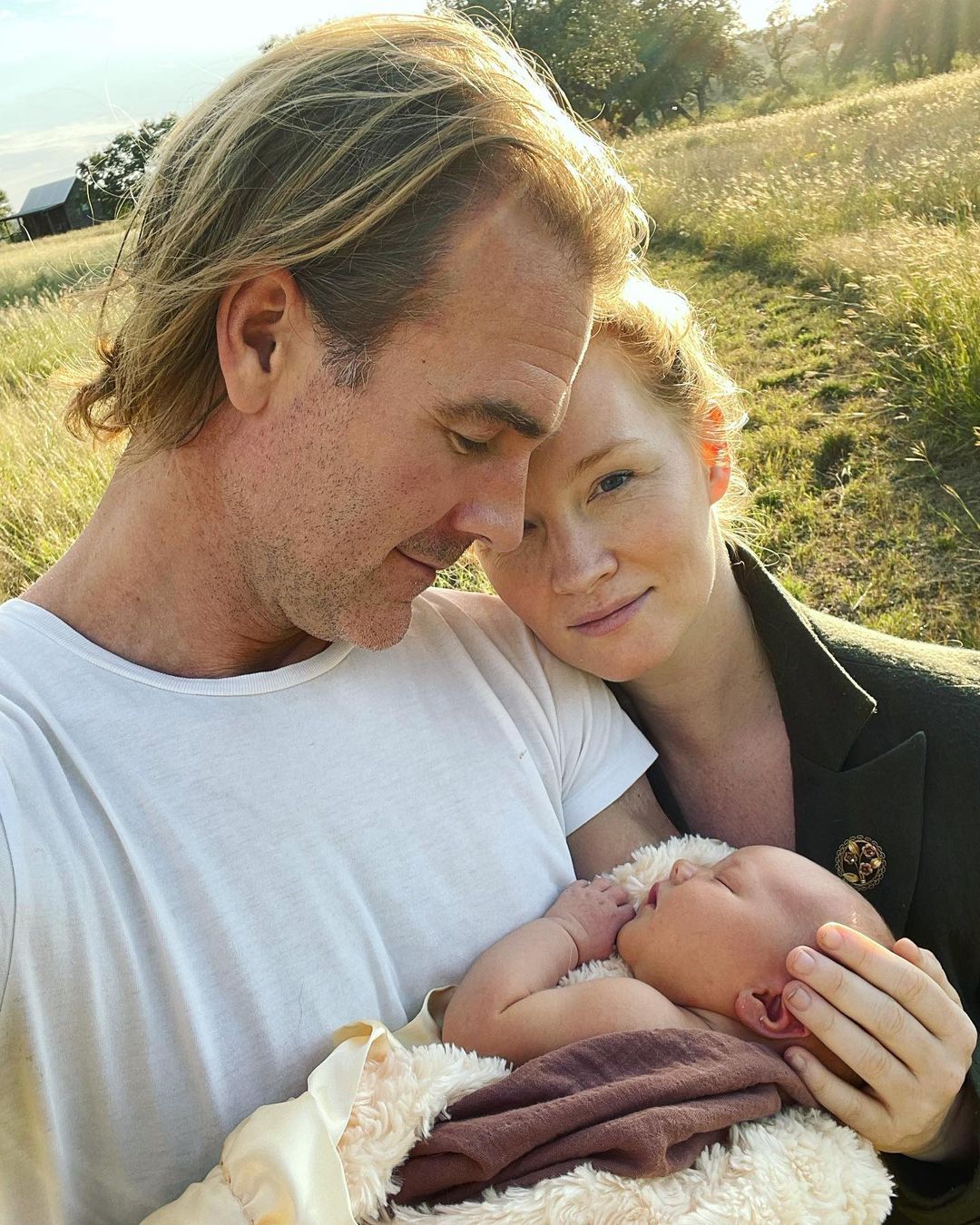 
Actor James Van Der Beek took to Instagram to announce some surprising news! James and his wife Kimberly quietly welcomed their sixth child together. The Dawson’s Creek alum revealed the news with a carousel post of 7 images and 1 video that featured the entire family with the newest addition.

Baby number 6 is a boy! “Humbled and overjoyed to announce the safe, happy arrival of Jeremiah Van Der Beek,” James started the caption of his post. Jeremiah is a Hebrew name that means “God will uplift.” The actor also revealed that Jeremiah has been going by the nickname Remi.

The Varsity Blues star opened up about his and Kimberly’s decision to keep this pregnancy a secret. “After experiencing late-term #pregnancyloss twice in a row (both at 17+ weeks), we kept this one quiet. Truthfully, I was terrified when I found out.” He added a special thank you to those close to him who kept their family’s secret. “To everyone in our community – both local and extended – who knew about our journey and honored our desire for privacy… thank you. May that respect and karma come back to y’all 1000-fold.”

James, who recently uprooted his family from California to Texas, opened up about the couple’s experience with a medical team in their new home state. “We found a doctor here in Texas who diagnosed the last two as having been caused by an: ‘incompetent cervix’ (I asked him what kind of misogynistic old dude invented that term and he laughed – which made me like him even more. Now it’s called a #WeakenedCervix). A simple surgical cerclage was done, removed at full-term, @vanderkimberly gave birth naturally on the ranch… and here we are. The medical books say to only look at a cerclage as an option after three late-term losses. Our doctor recommends considering it after one. Spread the word.”

James also took a moment to appreciate his new baby for his own unique personality. “Each child brings their own energy, their own manifestation of consciousness, their own lessons. The ones we lost each gifted us with different pieces of the puzzle… leaving us that much more grateful for the ongoing master class we get to enjoy with this sweet, wise little one.”

James and Kimberly were married in 2010 and started their family that same year. Their son Joshua is now not the only boy in the family with his new brother! The couple’s four other children are all girls: Olivia, Annabel Leah, Emilia, and Gwendolyn.

Congratulations to the Van Der Beek family on their newest arrival! We wish them all the best as they embrace life as a family of eight.

Kate Fann is the BabyNames.com celebrity blogger, as well as an established content writer, aspiring author, and social media expert. She has been featured in online publications such as Bolde, ManoByte, Medium, The Social Observer, and more. Kate has ghostwritten numerous romance novels and is currently working on publishing her own works in the Young Adult genre.

Kate lives in East Tennessee with her husband Casey and her two sons, Quinn and Noah. When she’s not writing or scrolling Instagram, Kate can be found tasting delicious wines, playing with make-up, baking yummy treats, or hiking the beautiful Smoky Mountains.

Check out our favorite kids gift ideas! Every gift on this page is a tried and true favorite of our